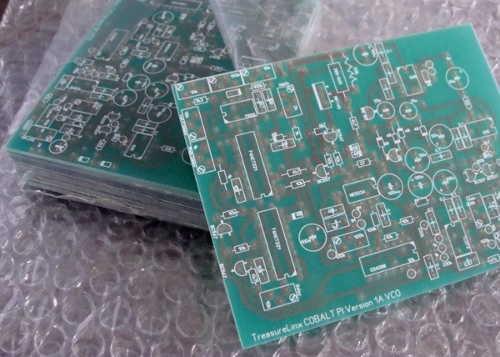 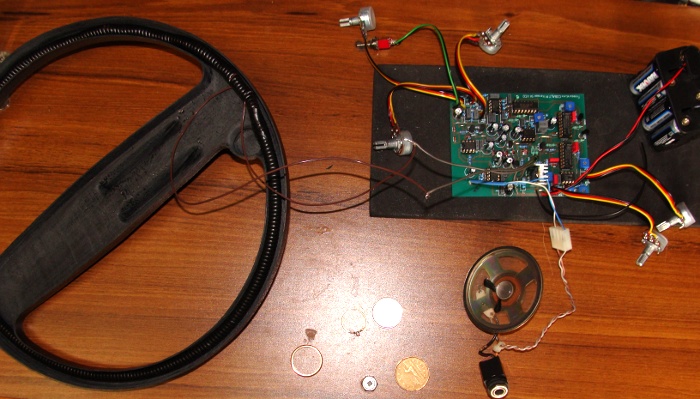 Thought about building your own detector? If you have a developing interest, you should visit the Geotech Website and Forums. Lots of information, schematics, numerous VLF and Pulse PCB's and or kits are  available for the hobbyist.

The water unit performs excellent, first target found was a $2.00 coin. Others joked my first find would be a pull-tab...
I hunted the local freshwater beach.  Has no problem getting items deep. Numerous targets deeper than 2', that I just could not dig out.  No gold, tough beach to hunt, lot's of other water detectors locally.  As well as very deep shifting sands. Need a good storm to dig out some troughs. Developed a leak in the orig. box, which side lined the water PI for several months. A new waterproof box was found and used, pictured below.

The land unit working the dry beach sand is a blast with the 7" coil. Especially when you have the delay set at around 15us, still picks up small gold. But, discriminates out the small foil that normally drive you crazy using a VLF detector. In a very well worked out section, within a couple hours  managed to pull out a bunch of coins. I am curious to see how the land unit works at a school yard and park.

I have been using the land unit  in many schoolyards with the 7" search coil attached. Was expecting a wild and crazy machine with all the can slaw and junk found in them. Was pleasantly surprised to find it is much more quiet in operation than first thought.  It ignores most small trashy foil unlike most VLF in discrimination mode if you want to find small gold rings. Canadian clad coins have a audio distinct sound at the target response peak. Most modern pennies sound like trash so I avoid digging them. Most junk will have a longer muddy sound, coins and jewelry has a short crisp audio signal, have to say pull tabs and bottle caps do as well.  Found I can turn up the delay  to make the PI less sensitive to can slaw and still find coins, with some loss of small gold jewelry detection. Overall, this PI makes an excellent coinshooter in parks and school yards using the 7" search coil. Pinpointing is easy as with any VLF machines using a concentric coil.  Lately finding, that I am grabbing the PI machine more than a VLF machine. 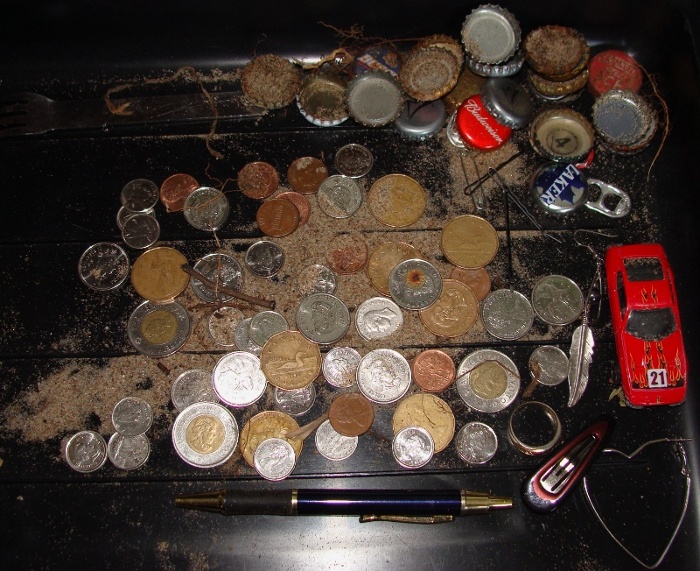 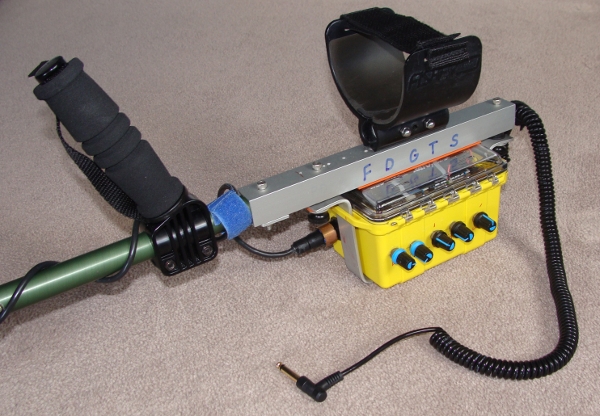 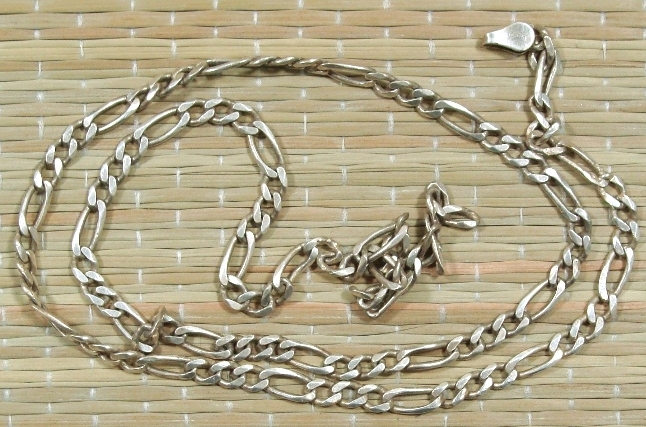 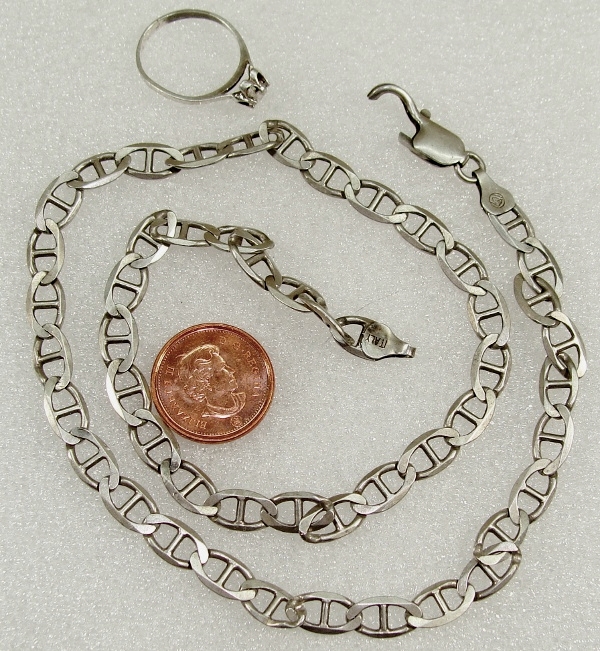 Why a Pulse Induction Metal Detector?


My experience in treasure hunting; metal detecting goes back to 1969 when I bought my first BFO machine. A pretty primitive machine at the time that worked very well in locating coins and jewelry. By todays standard that BFO would be a dinosaur...there are still folks out there today that still swear by them. From 1969 to present, have used many machines from most major brands, some I liked, some I didn't. Some worked better than others, some had better features. Right now, only own a small arsenal of VLF detectors that get used. Since building my PI's, there has been a tendency to grab it and go hunting.

PI detectors are more or less are niche specialty machines. Used mostly for gold prospecting, gold jewelry hunting in the water and beach, relic hunting. They have no real discrimination and generally not recommended for hunting trashy sites such as school yards, parks, private yards. PI's are designed to locate gold. Other composition metals will also be found but, the PI is less sensitive to them. You can't have both gold and silver sensitivity at the same time. PI's like to find iron as well.Why did I built a Pulse induction detector, more or less out of need. Since I was doing a lot of water hunting and there was some stiff local competition had to go deeper and look for smaller gold items.

The local group were using Minelab Excaliburs, Fisher CZ 20's, Eric Foster PI.......In my arsenal was a VLF Detectorpro Wader and a White's Surfmaster PI PRO. I was out gunned , something had to be done. Not having the funds to buy a $1600 Eric Foster PI, next option was to build my own. Did build 3 Surfmaster PI units to learn off. Spent plenty of time on the Geotech Metal detector building forum, the solution could not be found there.

Then it came to me, friend Smitty in the US , a retired electronics engineer, very knowledgeable about building PI's. He already built a PI, primarily for gold prospecting and small gold jewelry items. His goal to build a “PI detector that would perform better than most of the general purpose PI machines and very close to the special purpose gold PI machines. The White TDI does a reasonably good job with gold nuggets and flakes down to about 3+ grains and so does the Minelab machines. The Infinium is good to about 5 grains, if you know how to use it. My machine would pick up a 3 grain flake if it was under an inch or two of overburden laying on bedrock and even though I can hear a 1.5 grain test flake of gold in air, I would be hard pressed to find it out in the field.” The goal was met. He built a wonderful working prototype PI on a bread board. Then he put it into a metal enclosure, the result is pictured below. I thought that this might work well for me as a water machine and not worry about my competition getting it all.

This PI was based on the original Hammerhead PI designed by Carl Moreland. Re-engineered to be more user friendly and much more sensitive to small gold and gold jewelry items at respectable depth.

Long story short, I had actual printed circuit boards (PCB) designed from his schematics. Over the course of a number of months, after correcting PCB errors and parts subsitutions. We had a working PI. Performance was outstanding, to say the least. Built a water and land unit. Over 1 1/2 years of testing, more revisions and I ended up with the current version.

For the first 7 months of testing, I avoided hunting trashy school yards, tot lots, parks etc. Then one day decided just to see why everyone says PI's are not good in trash. Went to the schoolyard across the street for giggles, since I hunted it out with many VLF machines, so I thought. Surprise, surprise, started finding coins left and right, lying flat and on edge. Noticed that I was not finding all the small foil that my VLF's would signal on. After several hours, had a large handful of coins. Mostly 5 cent and higher denomination coins. Wasn't picking up a lot of modern pennies, fine with me. Over the course of weeks, the schoolyard still gave up plenty of coins and a silver chain. Took the PI over to some other schools and parks and it performed just as well. It works so well, now grab the PI over a VLF when walking out the door to hunt. Believe that the secret to it's success in otherwise a bad hunting situation at these places is the 7” search coil.

The land based Mirage is proving to be a reliable, very stable,  EMI resistant, user friendly, turn on and go PI detector. Anyone who has the opportunity to try one, would be pleasantly surprised how enjoyable it is to use.   I am building only few more, as a loaner and for some friends.

The new water Mirage is in a much smaller waterproof housing, similar in size to the White's Surfmaster PI. The water unit  build is still in progress.


Click on pictures to view in a larger size 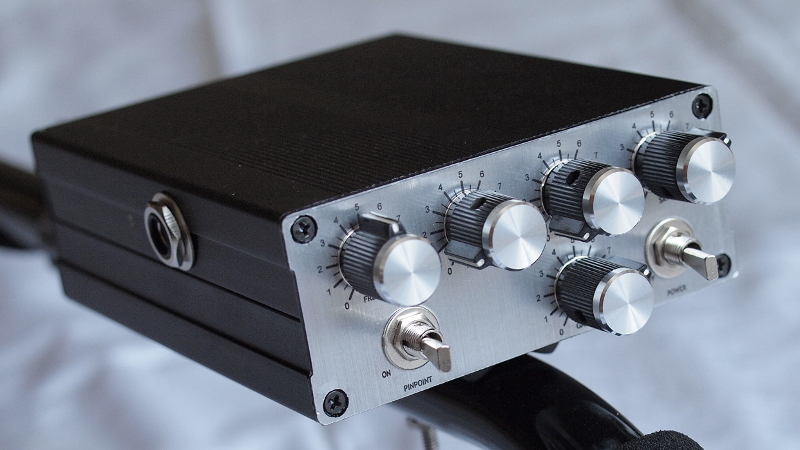 "Pulsepower" by Clive James Clynick is a must read for the beginner . Any easy to understand book on how to use a PI
metal detector whether you hunt in the water or on land.
http://clivesgoldpage.com/
Several Mirage PI Builds

Below are some with the control box mounted under the arm cuff. A very compact build that turned out to be perfectly balanced with the 7" coil , that it it feels as light as  a feather. The controls are easy to access. A real joy to use. 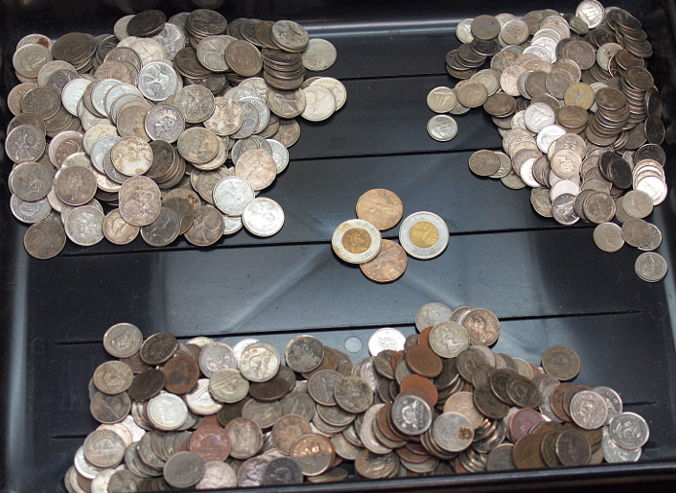 Bought a small tumbler  to clean them up with. They cleaned very nicely so they  could  be rolled up and taken to the bank.

Only a couple of the $1 and $2 coins are pictured, rest assured, there were many many more found. I generally cleaned those up after a hunt for immediate use. 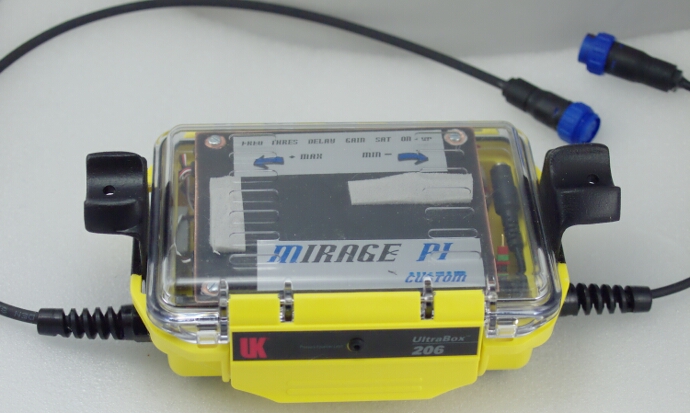 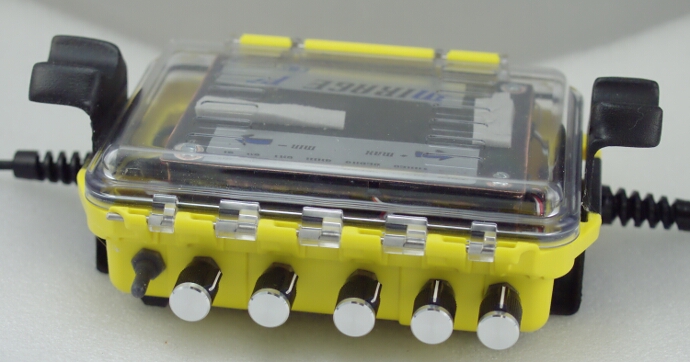 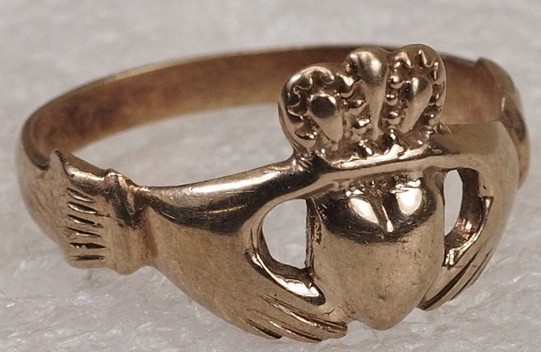